Darkside Snowboards first opened in Killington, Vermont in 1989. Snowboarding was in its infancy, but Bill and Teeta Langlands decided to give it a shot. Brushing off the laughter from the ski industry, Darkside grew with snowboarding as equipment improved and more people jumped on board. Darkside operated at the top of the Killington Access road next to Nightspot Outback until 2006 when the land was purchased down the road and Darkside, as it stands today, was built. Building on the success of Killington, Darkside Okemo opened in Ludlow, followed by Darkside Stowe.


The year was 1989. Already a snow sports business owner on the Killington access road, Bill Langlands decided to give snowboarding, the mountain's newest craze, a shot. He was instantly hooked. Ever since that first day on a snowboard, Bill has lived and breathed all things snowboarding. Having spent years traveling throughout New England, selling fresh fish to local restaurants, Bill now spends his days exploring mountains all over the world. With his wife, Teeta, by his side, you can find Bill at the shop selling snowboards to his people, stocking his wall of stomp or gearing up to shred some fresh on the mountain.


We pride ourselves on supporting the snowboard community in Vermont. For the past 33 years, Darkside has been helping riders pursue the snowboarding lifestyle. Through various snowboard academies, college snowboard clubs, high school snowboard teams, and local mountain town dwellers, Darkside has provided generations of snowboarders a place to make friends, progress their skills, meet their favorite pro, and most importantly, get their first or tenth setup. The Dark Park has played host to many a snowboard contest and is always FREE to come and ride. Just make sure you sign a waiver!


The best part about being a customer at Darkside is feeling the passion for snowboarding as you walk through the doors. History oozes from the walls, the smell of hot wax fills your nostrils, you high five a staff member and the sound of stoke enters your ears. Since day one, Darkside has been a rider owned and operated shop, with a focus on superior service while offering the finest selection of snowboard brands. Our highly knowledgeable staff has first-hand experience using each piece of gear we stock and will get you set up properly whether you are just here for the day or are here for the season. You can't try new boots on or get your board set up by a professional online, so stop by your local Darkside today and leave with a smile of satisfaction on your face.


With Darkside's doors have been open for three decades, the list of legendary customers goes on and on. Most recently, Todd Richards and the Quiksilver team came through our Killington location to showcase their latest films, talk shop, and spread some stoke for the season.


Darkside has employed many a snowboarder over the past 33 years. Some are just passing through the shop as they float from mountain town to mountain town, some move on to “real world” jobs in the city, but some stick to the snowboard industry and end up working for the brands they used to sell in the shop. Our employees are an integral part of Darkside's success and we thank all of you, past and present, for making Darkside what it is today! 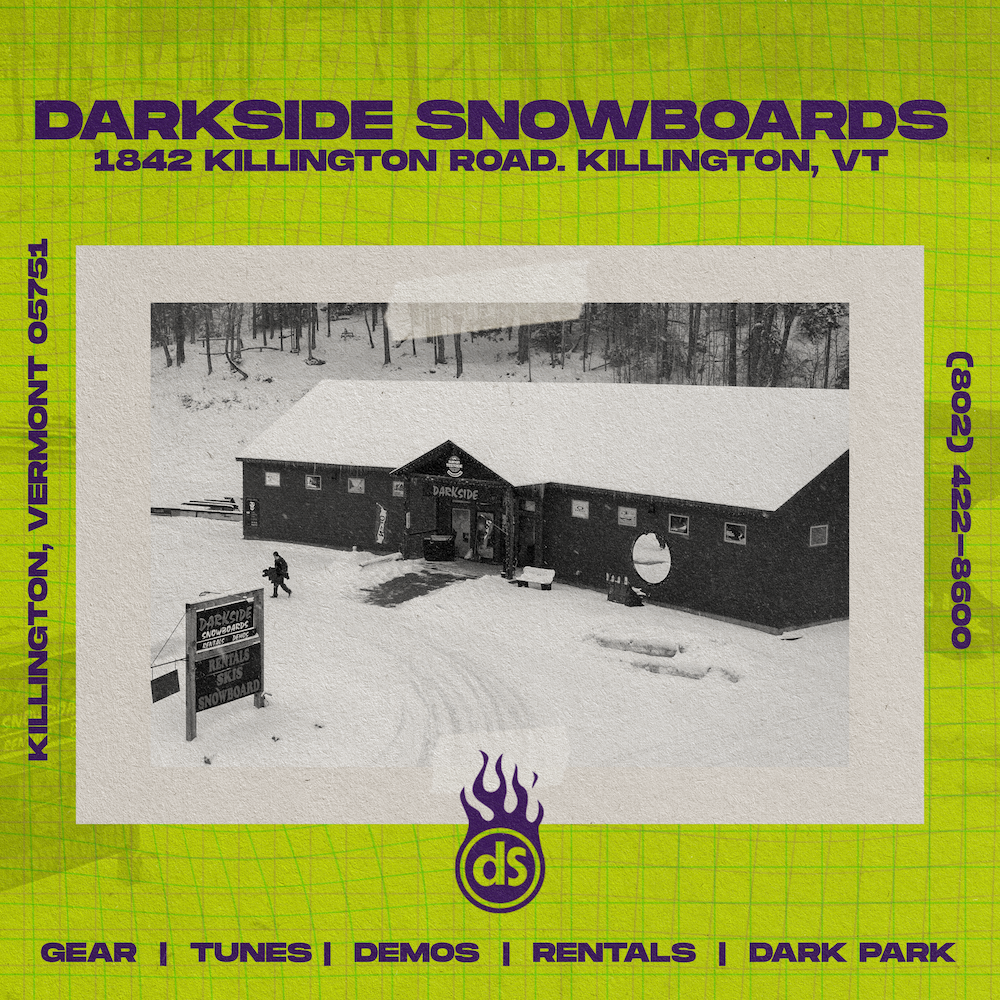 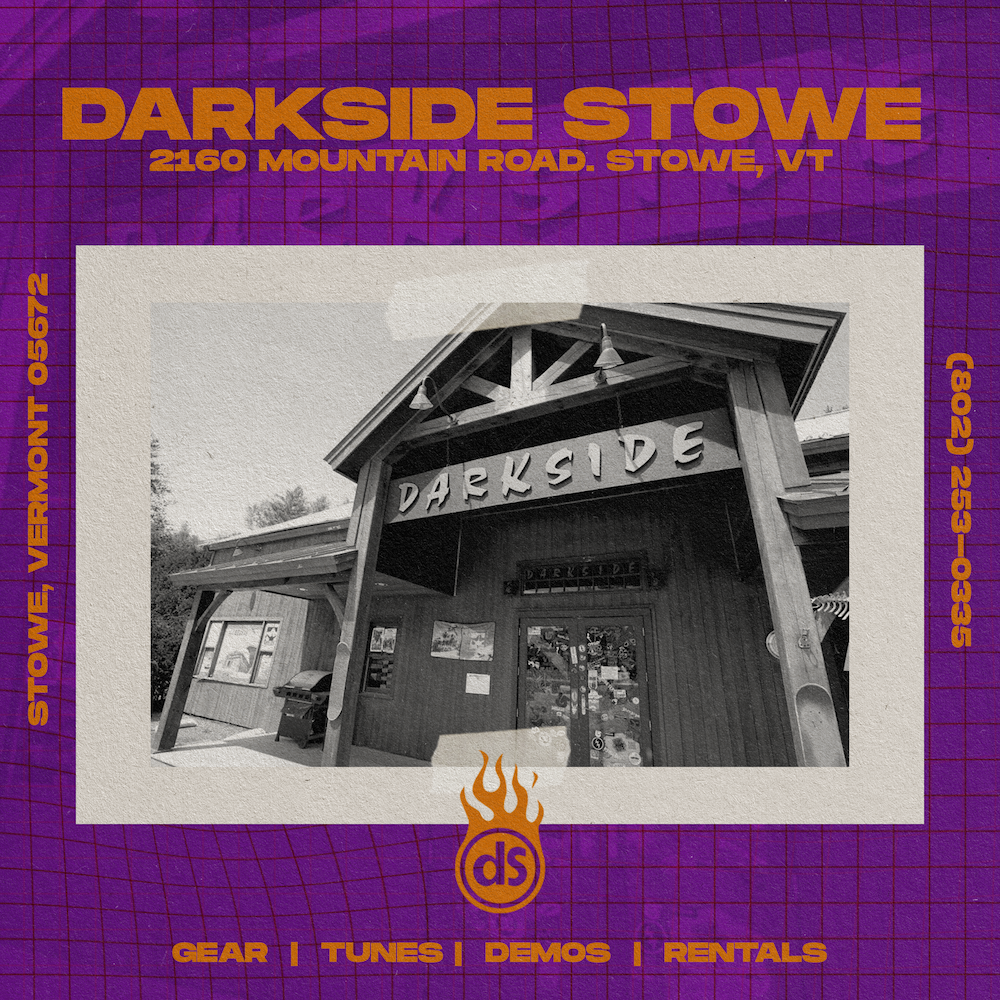 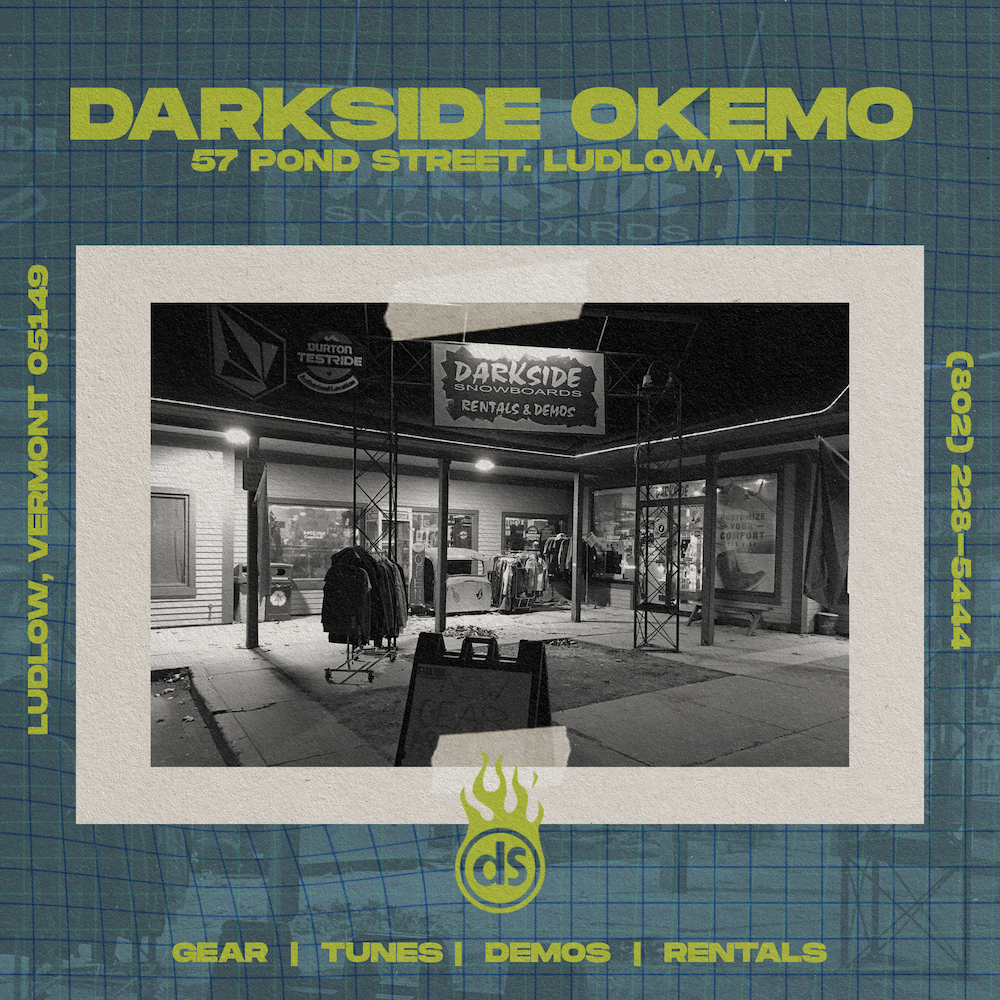 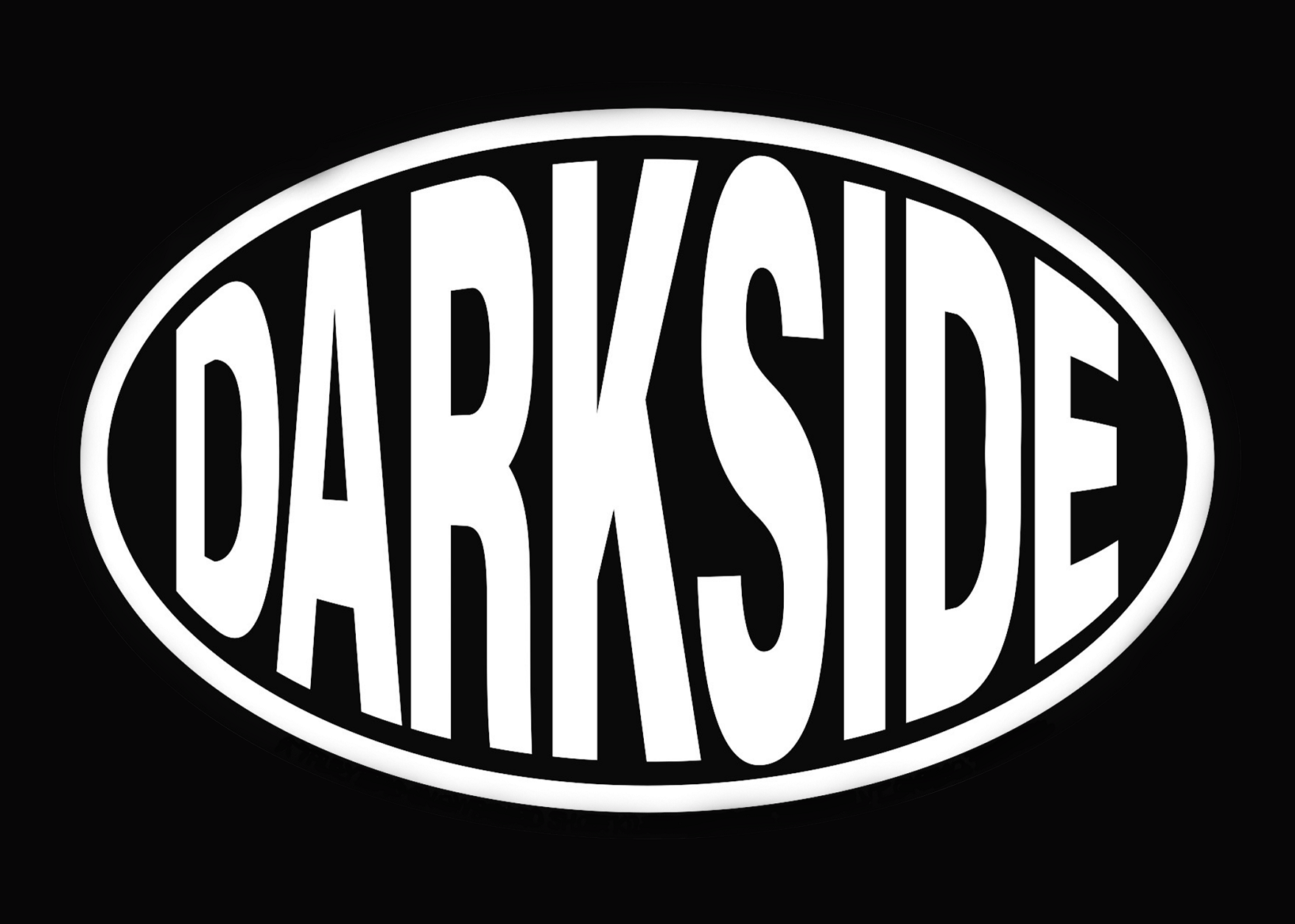